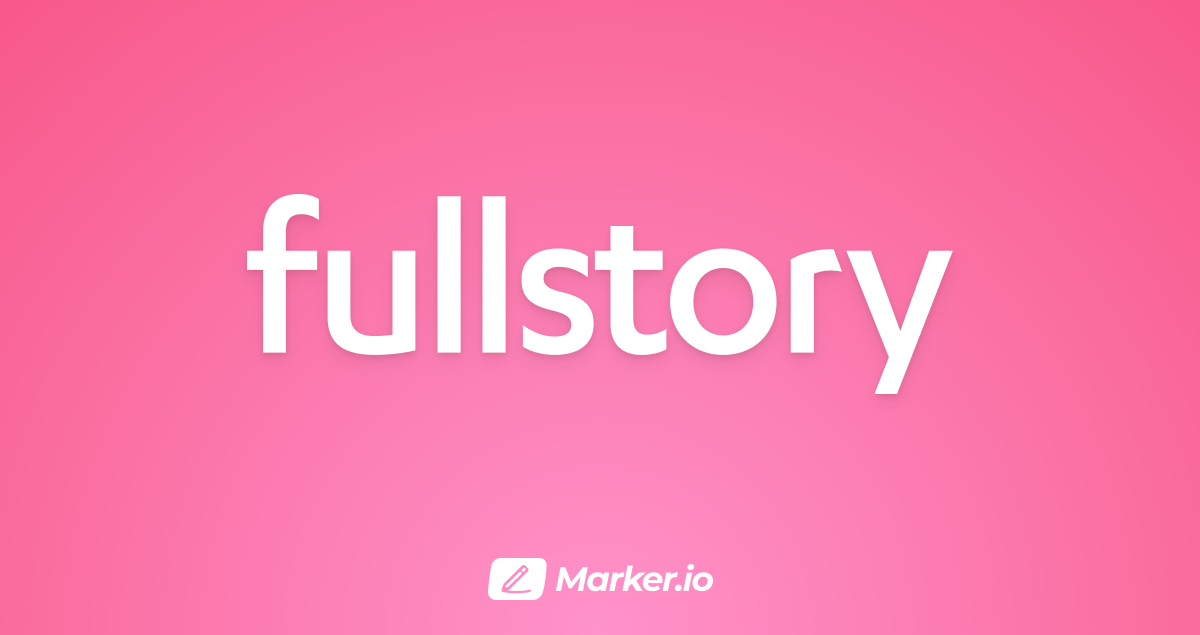 Replay and understand the steps that lead to bugs with the new FullStory & Marker.io integration.

There is an old saying that says developers hate to fix bugs.

But the truth is that they don't hate the "fixing" part. They hate to go down a rabbit hole trying the understand what caused the bug.

Enter Fullstory.com, a user replay session tool that allows you to replay exact steps that people did before they reported a bug. And today, we at Marker.io are excited to introduce our brand new integration with FullStory, to make it even more awesome!

See how it works👇

FullStory is a very powerful platform to help you understand how people use your app or website.

However, it can be a challenge for your developers to go into FullStory, identify the user who complained, find the correct session and review the replay the whole thing.

That's where Marker.io comes into play.

Imagine someone finds a bug on your website and reports it through the Marker.io widget.

If you have the FullStory script installed on the same website as Marker.io, Marker.io will detect and attach the FullStory user session inside your issue.

Here is an example of an issue created by Marker.io inside Jira.

Marker.io will not only capture the correct FullStory user session, it will also send you to the exact moment the person reported the issue via Marker.io in the in FullStory session timeline.

From here, you can rewind and replay the user's session to understand key steps that led to a bug.

How to get started?

You can double check that the FullStory recording is enabled in your widget settings.

After the next issues arrive in your favorite issue tracking tool, you can click the FullStory link and watch the user session recording.

Thanks to the new Marker.io & FullStory integration, you will help your developers avoid going down the rabbit hole each time they need to reproduce a bug!