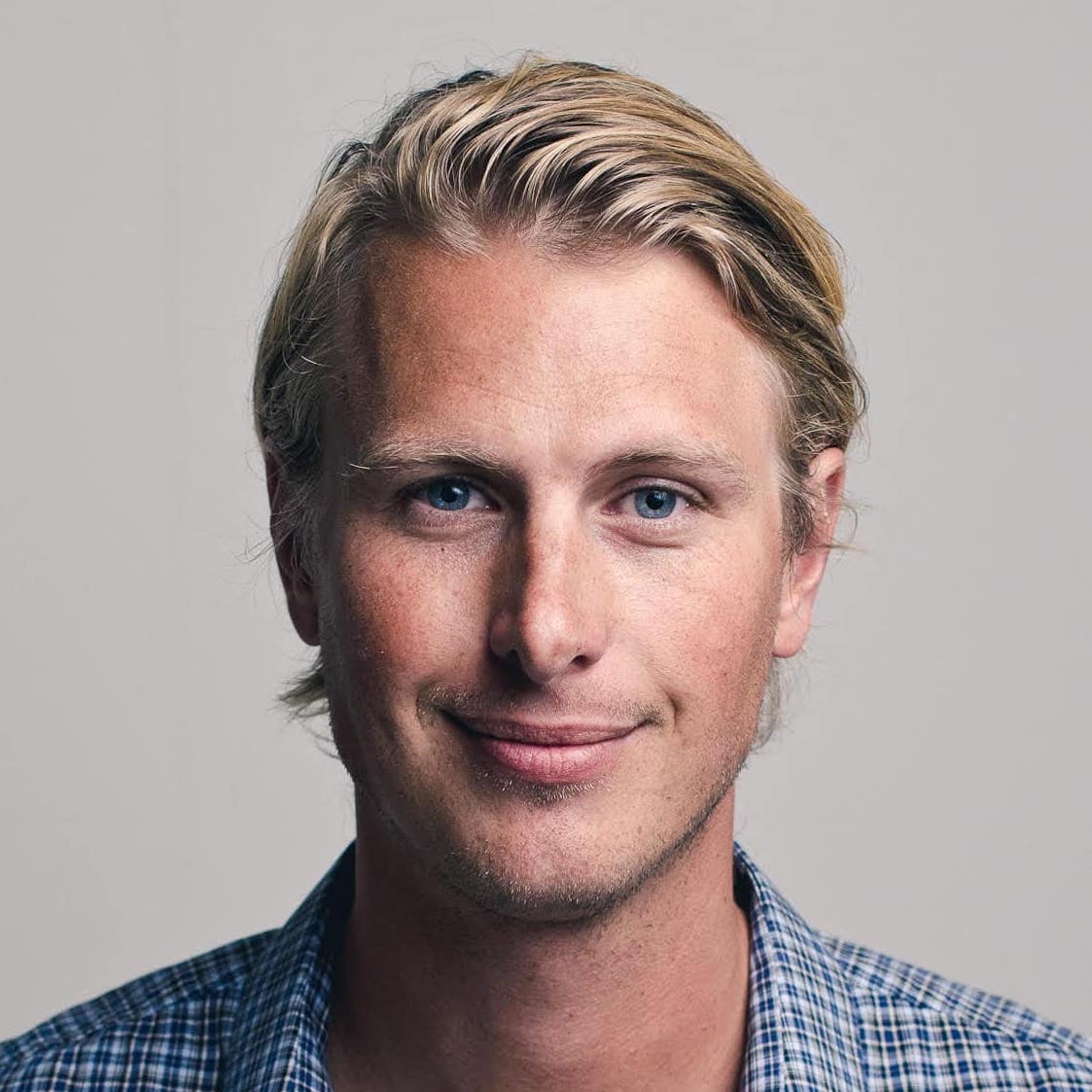 “Bugherd's integration with Trello is so bad!
I love how Marker.io streamlines everything. It has been a game changer for us“

Why David chose
Marker.io over Bugherd 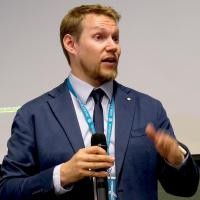 “Bugherd does not have 2-way sync like Marker.io does.“

Collect feedback from your clients and team members directly on your websites.

Push feedback into your favorite tools like Trello, Jira, and more

Most appreciated by customers

Syncronize statuses, issue fields and comments between Marker.io and your favorite tools like Trello, Jira, and more.

Trigger different forms for your internal team and your customers. Cover QA testing, UAT & user feedback with only 1 tool.

“Bugherd's integration with Trello is so bad!
I love how Marker.io streamlines everything. It has been a game changer for us“

Why this agency replaced BugHerd with Marker.io

Jonas is the co-founder of Bombayworks, a digital agency with over 70 employees and offices in four cities worldwide - Mumbai, Malmö, Gothenburg, Stockholm. They became a Marker.io customer in 2015.

Jonas is obsessed with his team’s success and spends a fair amount of time looking around for new tools to improve his team collaboration.

However, new clients and new team members got added all the time, and they worked in several different tools. It became a hassle for Jonas, who is responsible for employee and client onboarding, to create new users, new projects and new clients in all tools

“Information was all over the place! Tasks, issues, projects and users were all living in different tools, creating a ton of overhead and confusion for everybody”

For example, designers and developers had to:

And they wouldn’t know what was more important.

He knew that they needed a single source of truth where they could manage all projects, users, time logs, and issues in one single place. They settled on Trello.

“Trello is now our source of truth.
I tell the team that if a task doesn’t exist in Trello, there is no need to do it! If you want to get something done, you must create a card in Trello.”

Before centralizing everything around Trello, Bug herd was the tool Bombayworks' team used to report and track issues.

It was the first visual bug tracking tool they had adopted and it was a breakthrough for them. They were finally able to stop reporting bugs through forms!

However, working with Bugheard and Trello in parallel turned out to be a real challenge.

“We tried to work with Bugherd and Trello together but it was terrible. For example, when we closed a card in Trello, a duplicate issue remained open in Bugherd and vice versa. I wasn't happy with that.”

The team’s favorite thing about Marker.io is how deeply it integrates with Trello.

Here is how people use Marker.io:

🕵️ Testers: Once developers are done with a website, they hand the project over to the QA team who use Marker.io to report the first batch of visual bugs and issues.

👨‍💼Project managers: After the QA team has gone through the testing phase, PMs use Marker.io to request changes that they know are important for the success of the client.

👩‍🎨Designers: Then the design team jumps in to give their visual feedback before showing it to clients. They go over the website or webapp with trained eyes and make sure all modules, forms and visual effects behave like they want.

🤓Developers: Developers then open Trello to see all new feedback. They especially love that all incoming Trello cards come with a clear screenshot, the source URL and metadata about the browser, operating system and screen specifications.

👩 Clients: Clients then do a lot round of feedback on the live website and use the Marker.io widget to send final requests.

When Bombayworks initially signed up for Marker.io, they were looking for an alternative to Bugherd that worked well with Trello. But as they started using Marker.io, it became clear that it was much more than an issue reporting tool.

Today, Marker.io is their default tool to report issues, but also to create user manuals, onboarding guides or simply to explain something to colleagues and clients.

Get your point across with visual annotation and a high-fidelity screen capture.

Make the widget your own with custom color and branding.

The widget is optimized for responsive websites and all modern browsers. 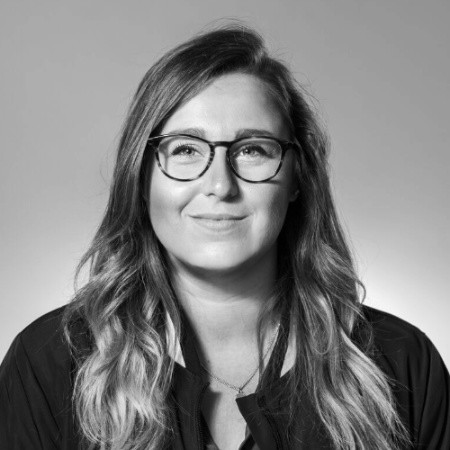 “Marker.io changed how we report website feedback. No more screenshots laying around my desktop.”

Get all technical data your developers need,
automatically added inside your favourite tools.

Preview with your tool

Rewind and watch what clients did before submitting feedback.

Client-side errors and logs in the console are automatically recorded and added to your issues.

Browser, OS, webpage and screen size are automatically added to your issues, without reporters having to do anything.

Take control of the widget via JavaScript SDK and pass custom metadata about your users or technical environment. 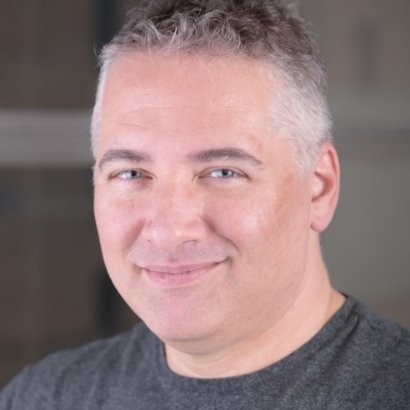 “Our developers can now see bugs through the reporters' eyes, with no information getting lost.” 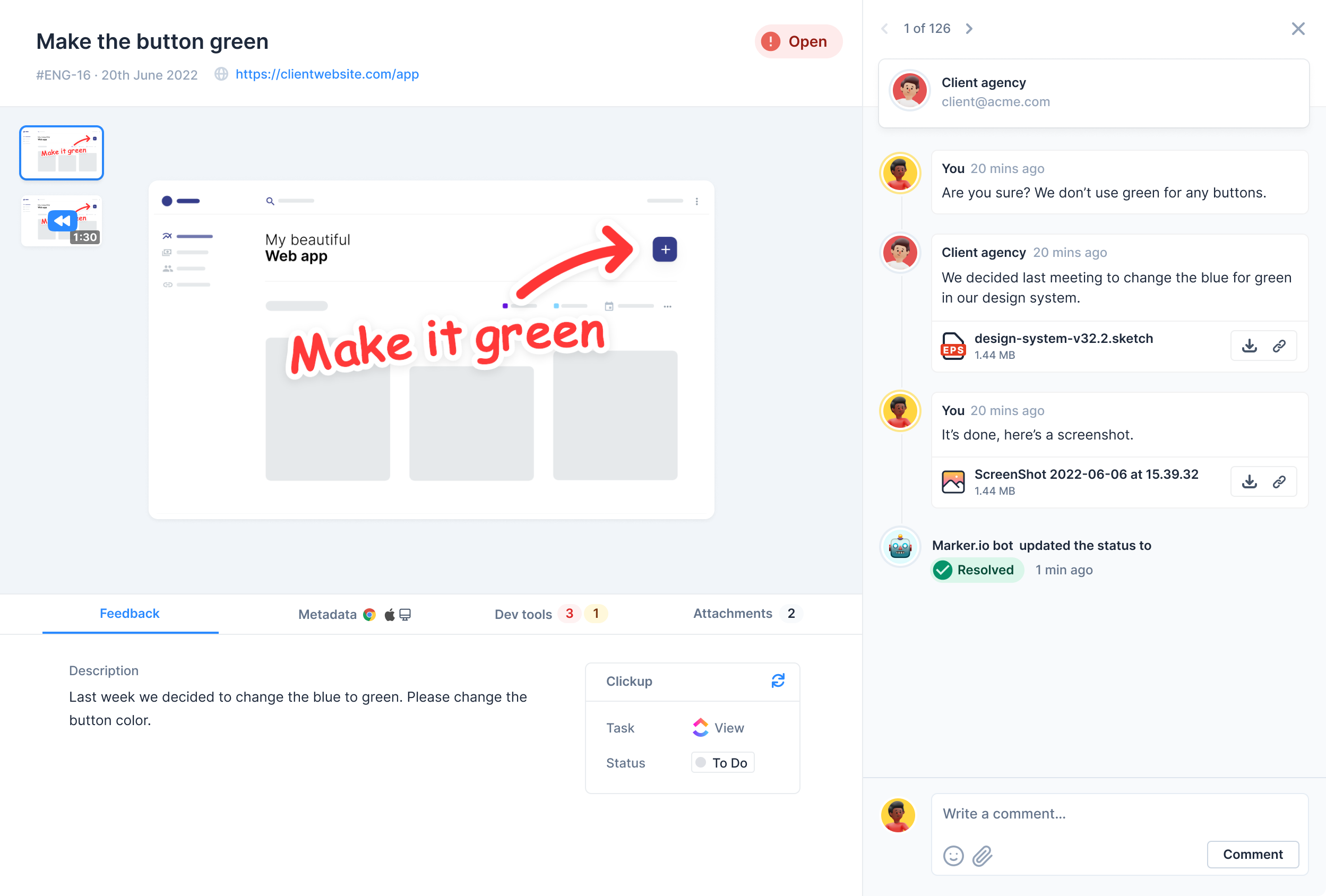 Keep client communication organised and stop sending client emails. All communication will be synced back into your favorite issue tracker.

Give your clients & external reporters an overview of previously reported issues.

Notify guests automatically when your developer closes an issue in your project management tool. 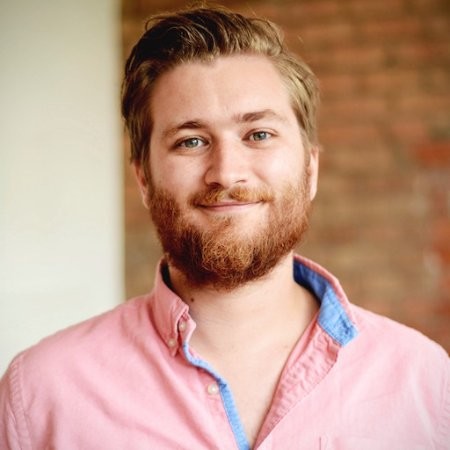 “Clients used to send us emails, documents, spreadsheets and even powerpoints for feedback.
Now we just use Marker.io.”

Always in-sync
with your integration

Configure your widget form as if you were in your issue tracker or project management tool. 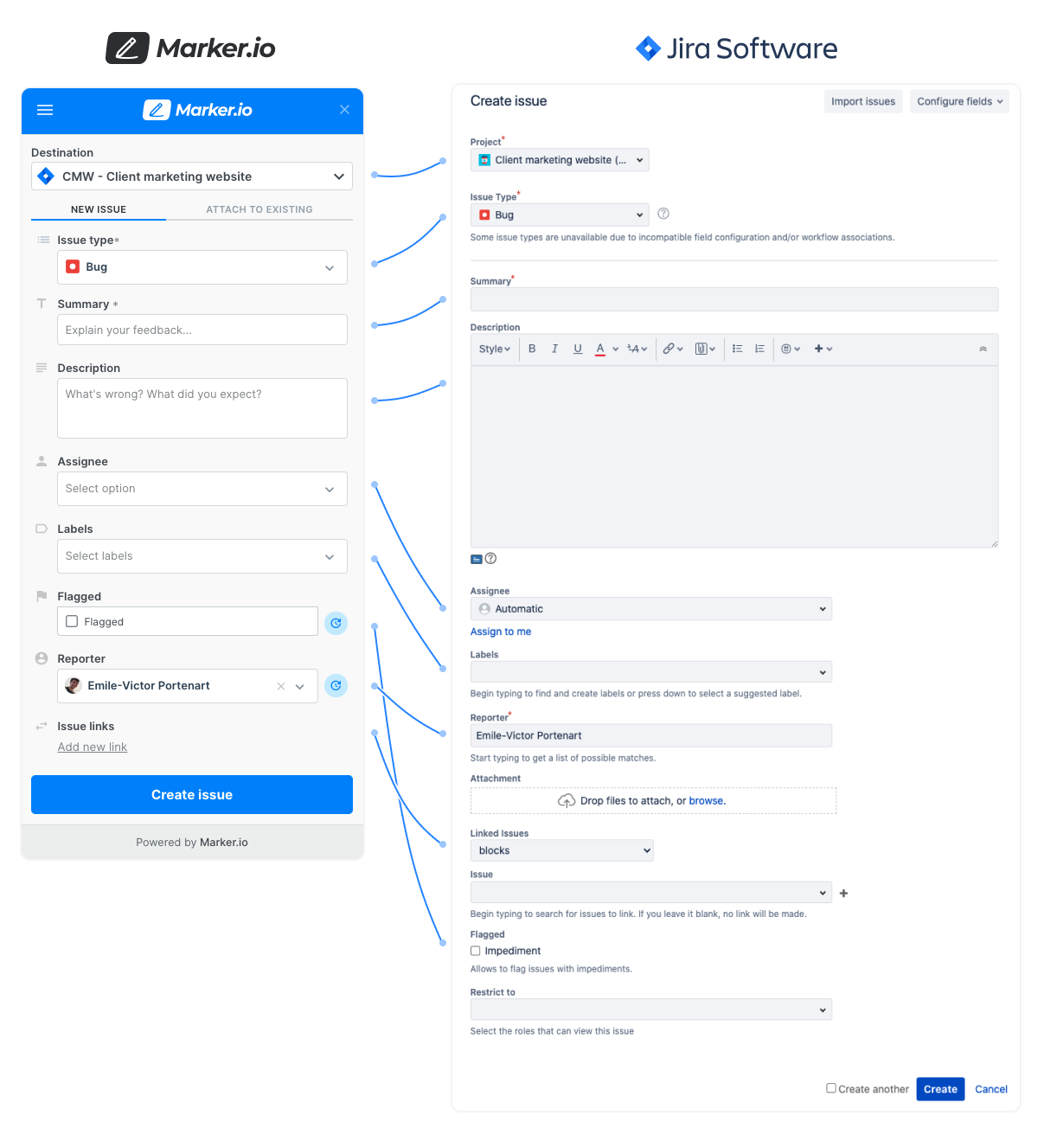 Your widget's fields are automatically synced with your favorite issue tracker.

Design your own forms 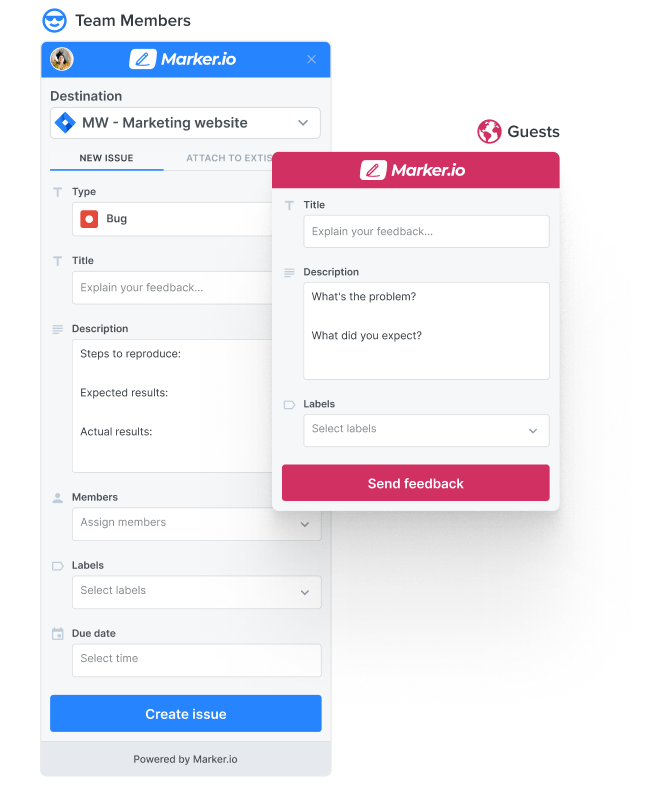 Configure different forms for your team and your customers. Cover QA testing, UAT & user feedback with only 1 tool.

Our widget works on all browsers and
can be installed on local, staging or live websites.

Works with your tools

Check how it works